“I have been astonished that men could die martyrs
for their religion–
I have shuddered at it,
I shudder no more.
I could be martyred for my religion.
Love is my religion
and I could die for that.” 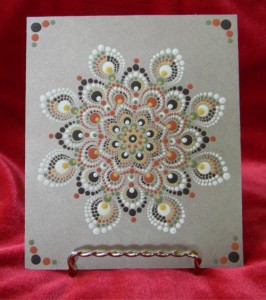 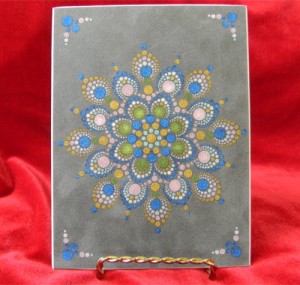 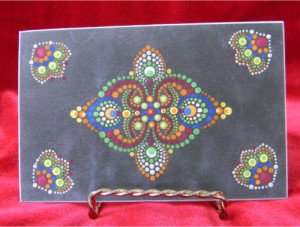 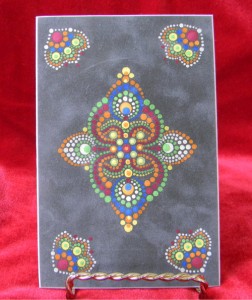 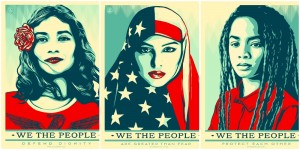 We the People Defend Dignity

We the People are Greater than Fear

We the People Protect Each Other

As leaves cover the forest floor in a carpet of vibrant rusts, orange and gold, autumn proves that sometimes death too can be a beautiful thing.
– A Golden Death | Nikita Gill
<3
One day when you wake up, you will find that you have become a forest. You have grown roots and found strength in them that no one thought you had. You have become stronger and more beautiful, full of life giving qualities. You have learned to take all the negativity around you and turn it into oxygen for easy breathing. A host of wild creatures live inside you and you call them stories. A variety of beautiful birds rest inside your mind and you call them memories. You have become an incredible self sustaining thing of epic proportions. And you should be so proud of yourself, of how far you have come from the seeds of who you used to be.
– Nikita Gill, You Have Become a Forest
<3<3<3

What a strange marvel that our Moon is so perfectly sized that she can fully block the Sun. And the cold, oh the cold, when that blazing ball is suppressed. And the dimness of light. Add the smoke from so many fires and behold the unreal landscape of a fiery haze.

The hush. Even the wind ceased, and the squirrels and birds became mute. For that brief span of time, we are reminded that Life is ephemeral. If the Sun were to be permanently extinguished, our journey in this physical realm would cease.

Nature is in continual flux. Ebbing and flowing.  She creates magic while a major faction if the human species declares war against this magic.

But another faction …. we see and feel and experience the magic. We know it and revel in it.

Menopause is another magical aspect (as is the ability to create life). Menopause is a shift of energy and awareness. For those attuned to Nature, it is a harnessing of life-experiences into wisdom, and the heart-gifts that flow from the Source. It is the thinning of veils for the physical, emotional, and spiritual.  The soft shell that holds us together becomes less substantial. Old issues arise from deep suppression. And for some, more of our senses began to awaken.  All of this prepares us for the last aspect of our physical journey.

Men undergo their own versions of changes.

All life is connected.

I have had catastrophic dreams where the death of an animal was my only way to live. In these dreams, I chose death. When I awoke, I felt such relief and peacefulness. Even in my subconscious, my belief that my life is no more valuable than any animal prevailed.

And now I find this quote:

My situation is a solemn one: life is offered to me on the condition of eating beefsteaks. But death is better than cannibalism. My will contains directions for my funeral, which will be followed, not by mourning coaches, but by oxen, sheep, flocks of poultry, and a small traveling aquarium of live fish, all wearing white scarves in honor of the man who perished rather than eat his fellow creatures. It will be, without the exception of Noah’s Ark, the most remarkable thing of its kind ever seen.

If man is not to stifle his human feelings, he must practice kindness towards animals, for he who is cruel to animals becomes hard also in his dealings with men. We can judge the heart of a man by his treatment of animals.

Atrocities are not less atrocities when they occur in laboratories and are called medical research.

If we pursue our habit of eating animals, and if our neighbour follows a similar path, will we need to go to war against our neighbour to secure greater pasturage, because ours will not be enough to sustain us, and our neighbour will have a similar need to wage war on us for the same reason.

Non-violence leads to the highest ethics, which is the goal of all evolution. Until we stop harming all other living beings, we are still savages.

The greatness of a nation and it’s moral progress, can be judged by the way it treats it’s animals.

To my mind, the life of a lamb is no less precious than that of a human being. I should be unwilling to take the life of a lamb for the sake of the human body. I hold that, the more helpless a creature, the more entitled it is to protection by man from the cruelty of man.

[Mahatma Gandhi. An Autobiography, the Story of My Experiments]

“Dominion is an interesting word, and when I delved into its origin I found it does not mean, as some people believe, ‘dominance over’, but something quite different and very beautiful. It comes from the Hebrew verb ‘yorade’ which means ‘to come down to: to have communion with and compassion for’ which is what we are instructed to do with all living things in that passage in Genesis”.

A human being is a part of the whole that we call the universe, a part limited in time and space. And yet we experience ourselves, our thoughts and feelings, as something separated from the rest – a kind of optical illusion of our consciousness. This illusion is a prison for us, restricting us to our personal desires and to affection for only the few people nearest us. Our task must be to free ourselves from this prison by widening our circle of compassion to embrace all living beings and all of nature.

Nothing will benefit human health and increase chances for survival of life on Earth as much as the evolution to a vegetarian diet.

It is my view that a vegetarian manner of living, by its purely physical effect on the human temperament, would most beneficially influence the lot of mankind.

All beings tremble before violence. All fear death. All love life. See yourself in others. Then whom can you hurt? What harm can you do?

There’s a schizoid quality to our relationship with animals, in which sentiment and brutality exist side by side. Half the dogs in America will receive Christmas presents this year, yet few of us pause to consider the miserable life of the pig—an animal easily as intelligent as a dog—that becomes the Christmas ham.

I do not see any reason why animals should be slaughtered to serve as human diet when there are so many substitutes. After all, man can live without meat. It is only some carnivorous animals that have to subsist on flesh. Killing animals for sport, for pleasure, for adventures, and for hides and furs is a phenomenon which is at once disgusting and distressing. There is no justification in indulging in such acts of brutality.

[His Holiness the XIV Dalai Lama of Tibet]

The animals of the world exist for their own reasons. They were not made for humans any more than black people were made for white, or women created for men.

If a man earnestly seeks a righteous life, his first act of abstinence is from animal food.

The obligations of law and equity reach only to mankind; but kindness and beneficence should be extended to the creatures of every species and these will flow from the breast of a true man, as streams that issue from the living fountain.

The Christian argument for vegetarianism is simple: since animals belong to God, have value to God and live for God, then their needless destruction is sinful.

In fact, if one person is unkind to an animal it is considered to be cruelty, but where a lot of people are unkind to animals, especially in the name of commerce, the cruelty is condoned and, once large sums of money are at stake, will be defended to the last by otherwise intelligent people.

When I was old enough to realize that all meat was killed, I saw it as an irrational power, to take a weaker thing and mutilate it. It was like bullies would take control of younger kids in the school yard.

Cosmetics. Household chemical products. Pharmaceuticals. Factory Farming (most of the meat in the grocery store). Trophy hunting. Entertainment (ie: racing, rodeos, zoos). The list of ways to deliberately inflict pain on a sentient being are endless.

Sentience is the ability to perceive and feel things.

An animal is sentient if “it is capable of being aware of its surroundings, its relationships with other animals and humans, and of sensations in its own body, including pain, hunger, heat or cold.”

In 2012, an international group of eminent neuroscientists signed The Cambridge Declaration on Consciousness, which confirmed that many animals, including all mammals and birds, possess the “neurological substrates that generate consciousness.”3

A sentient animal is “a being who has interests; that is, a being who prefers, desires, or wants.” These animals avoid suffering and seek positive experiences just as humans do.

We are all connected. Everything we say and do matters.  Our thoughts and actions have energy.

Everyone has the power to change the world.
Just … Be Love.
BE Love <3

Essentially tms’ers are sweet souls who have not heeded their calling. Gifted with sensitivity, imagination, storytelling and what may be viewed as perfectionism but I prefer to see as a passion for manifesting a perfect form, they/we are artists. This is a broad stroke. Artistry can bloom in any endeavour so while many here ought follow more familiar creative paths, such as writing, dance, music and song, they could take their fine skills into architecture, cooking, physics or midwifery. Every field needs the daring and the brave. Dare we be daring and brave? It is easy to hide behind the intellect but as Leonardo da Vinci said “The noblest pleasure is the joy of understanding.”

(This is from a forum of people who are learning to heal their chronic pain through understanding the cause.)